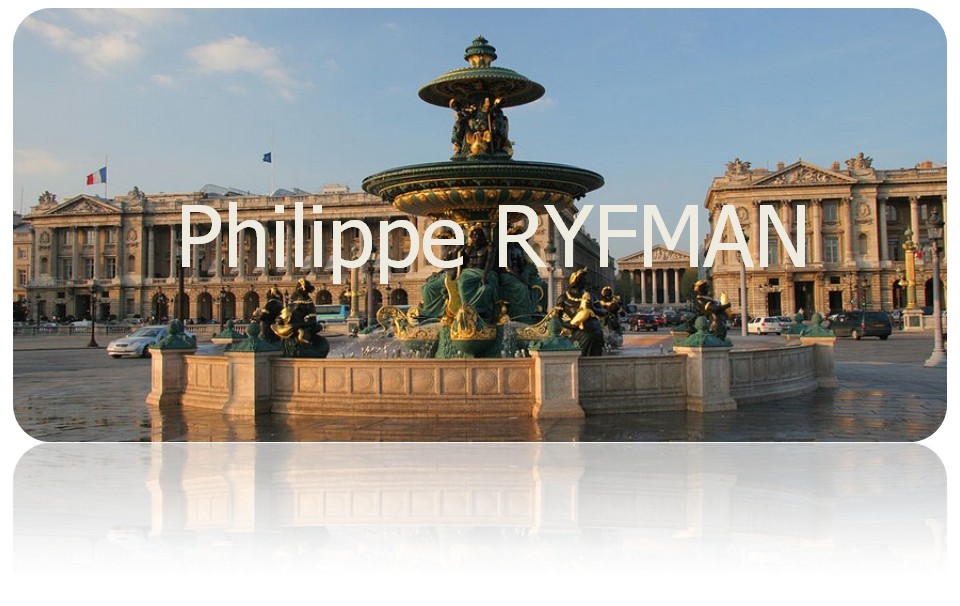 Philippe Ryfman (PhD in Political Science, and Law degree holder) is an honorary professor and researcher associate at the Political Science Department and at the European Center for Sociology and Political Science (CESSP-Sorbonne), Université Paris I, Panthéon-Sorbonne. He has led the Master’s program, “International Cooperation, Humanitarian Action, and Development” (CIAHPD), of this academic institution. He is presently conducting research on non-governmental and humanitarian issues. For instance as associate researcher with the Canadian Research Observatory on Humanitarian Crisis and Aid (OCCAH) at UQAM, Montreal.

He has taught graduate and post-graduate courses on international humanitarian law and on the main issues affecting international NGOs, humanitarian action, and international careers at Université Paris I and at various french (Evry, INALCO, IEP, etc.) and foreign (Geneva, Fribourg, Abidjan, etc.) universities. He has also conducted continuous training sessions and has led series of conferences for research centers, private academic institutions, government agencies, companies, non-profit organizations and foundations. He has lectured at university symposiums and public gatherings, in France and abroad, and has taken part in various roundtables on a number of research topics.

He has taught graduate and post-graduate courses on international humanitarian law and on the main issues affecting international NGOs, humanitarian action, and international careers at Université Paris I and at various french (Evry, INALCO, IEP, etc.) and foreign (Geneva, Fribourg, Abidjan, etc.) universities. He has also conducted continuous training sessions and has led series of conferences for research centers, private academic institutions, government agencies, companies, non-profit organizations and foundations. He has lectured at university symposiums and public gatherings, in France and abroad, and has taken part in various roundtables on a number of research topics.

One of his recent books, A History of Humanitarian Action, first appeared in September 2008, in the “Repères” series (No. 522) published by Editions La Découverte, for which he was awarded the 2009 Palais Littéraire Prize. The second edition (expanded, updated, and fully revised) was published in July 2016. The third edition (also expanded, updated, and fully revised) of an other book – always in the “Repères” series (No. 386) – titled NGOs, was released in autumn 2014. He has contributed to various French and English-language collective works, and has written numerous articles for journals. Among his recent publications can be quoted “Crisis of Maturity and Transformation in French NGOs” that appeared in Karl Blanchet’s and Boris Martin’s, Many Reasons to Intervene: French and British Approaches to Humanitarian Action, Hurst and Columbia University Press, London and New York, 2011. He is the author of the articles, “Humanitarian non-governmental agencies: Pivotal role in humanitarian aid questioned” that appeared in the july-august 2012 issue (No. 56) of Questions internationales, and “French humanitarian and developmental NGOs: another “French exception” in Europe?” that appeared in Revue Mondes en Développement, 2013/1 (No. 161). In 2013, he also authored the chapter called, “The impact of NGOs on the international scene” for Les Notices de la Documentation Française (dedicated to International Relations). He was also the contributor of “New Frontiers of Humanitarian Action: Deadlock in Syria” in No. 34 issue (March 2013) of the Revue Humanitaire, as well as the article, “The stalemate by the camp of the refugee phenomenon” that appeared in the magazine Exils et Migrations ibériques, in November 2015. Or (2017), he wrote the article "The role of NGOs : pioneer, stabilizer or troublemaker?" into the special feature The new international disorder, in the may-august 2017 issue (nos85/86) of Questions internationales. Two other anthologies to which he contributed were released in may and july 2016 : one called, World Heath: Strategic risks, diplomatic games, by Presses de Sciences Po, and the other, Beneficiaries of humanitarian action: crossroads and crossed disciplines, published by Presses de la Sorbonne Nouvelle. While in 2018, he signed in - Droit et Stratégies de l'Action Humanitaire, Editions MARE and MARTIN - a paper entitled «Outline for a sociology of humanitarian actors».
Finally, in October 2019, another collective work will be published. Entitled Law and Practice of Humanitarian Action, this volume that he co-edited with Sandra SZUREK and Marina EUDES is published by LGDJ/Groupe LEXTENSO. By its size (nearly a thousand pages) the amount and quality of the authors (it brings together 87 from various countries, French and non-French), it will constitute a “première” in the French-speaking edition on the topic.

Former member of the Editorial Board of the journal, Revue Humanitaire, and current of the Scientific Board of Questions Internationales, he has held other positions, of which one as an editorialist for the column “Civil Society” of the newspaper Le Monde (Economic section), between 2005 and 2008. He regularly publishes papers and voices his opinion in media paper and on line (such as Le Monde, Libération, La Croix or the online french edition of The Huffington Post and The Conversation-France, among others), and makes regular appearances on the air (France Culture, RFI, RCF, Radio Suisse Romande, Radio Vatican, France 24, TV5 Monde, France Info...). He regularly writes books reviews for Humanitarian Alternatives, a bilingual English and French/ journal.

As an expert and consultant for non-governmental and inter-governmental institutions, he has also assessed various programs run by NGOs or Foundations and carried out fact-finding missions. A such, he plays – for instance – a part in 2016 to a report carried out by EY-France on the assessment of CSOs input in French national overseas development aid and international solidarity policy.
He practices also as an attorney registered at the Paris Bar (at the firm Cabinet Ryfman), where he specializes in NGOs and Foundations law. He advises several non-profit organizations and their leadership. He works too in the field of inheritance law.
As part of his personal commitment to international solidarity and humanitarian causes, he belonged (between 2005 and 2008) to the Emergency and Post-crisis Commission of the former French High Council for International Cooperation (HCCI), which – following its dissolution – was replaced, in 2009, by from civil society association called GRUPC (the Emergency and Post-Crisis Think Tank), of which he is a founding member, and was co-chairperson from 2015 to 2017. In 2011, he participated in the Working Group (WG) that planned – jointly with NGOs, the French Red Cross, and the government administration – the first National Humanitarian Conference that convened in November 2011. Subsequent to this event, in the first quarter of 2012, he took part in the WG that collaborated with the Crisis Center of the Ministry of Foreign Affairs in the development of France’s Humanitarian Strategy first version.
For nine years, until June 2013, he was a member of the Board of the French branch of the NGO, Action Contre la Faim (Action Against Hunger) of whom he was a time Vice-President (2005, 2006). He now stands on its Strategic Analysis Committee. Between 2008 and 2014, he was member of the International Solidarity Committee of Foundation of France, whose independent experts review applications for co-funding. From 2013 to 2018, he was a member of this Foundation’s Post-Haiyan Typhoon Steering Committee for the Philippines. He also belongs to the Committee of Ethics and Good Practices of the NGO Electriciens sans Frontières (ESF). Since early 2012, he has chaired and led the Sponsorship Committee/Project Committee of the Endowment Fund of the Paris Bar. At the same time, he is a Board member of the French branch of the UN Women Organization, and of the French Red Cross Foundation. Together with the CEO of Fondation Mérieux, and the Honorary President of the French Red Cross, he also co-founded the Forum Espace Humanitaire (FEH) (Humanitarian Space Forum) in 2009, who gathers every 18 months in Annecy (France) the top leaders of the main French humanitarian organizations (NGO, Red Cross and Foundations) with their privileged private and public partners (national, european and international).
He continues to co-pilot the Steering Committee of this Forum with the Director of Public Health of the Institut Mérieux, the Director of Advocacy and Institutional Relations of Humanity and Inclusion (HI) and the Director General of the French Red Cross Foundation. The 8th edition of the FEH (of which he is the Coordinator) will take place - always in Annecy - in October 2019. On that occasion, the Forum will commemorate its 10th anniversary.
He has prepared, alongside various expert groups, the forward – looking scenarios that may play out on humanitarian aid and also in civil society in terms of its role and position regarding the nearly future (2025/2030). Between March and September 2015, he was a member of the Working Group (WG) mandated by the Board of Coordination SUD [French national NGOs Coordination] to provide a forecast that would allow the French NGOs community to come up with a strategic plan for the next six years. This WG is in process of transformation in a structure intended– from Spring 2018 – to implement a forward – looking and strategic monitoring mission.
Since 2018, he belongs to the NGO LAB, structure ensuring within C-SUD a permanent mission of prospective and strategic monitoring on the priority issues for the NGO community producing perspectives and providing decryption spaces. The LAB – referred for this purpose by the Board of Directors of C-SUD – drives studies commissioned to outside consultants. The first on The Relocation Aid will be released in autumn 2019.

Its current research areas concern on the one hand the « Anti Civil Society Organizations Counter-Revolution » (AACR, or CRAA in french), on which he published in June 2017 a paper headlined "Countering the Anti Civil Society Organizations Counter-Revolution, an international policy target", on The Conversation-France website. A book on the topic is in project. On the other hand, the impact of robotization, automation and digital technology on the professional practices and cultures of international aid, especially within the NGO community.  Finally, he is working on the issue of sexual abuse and the impact of the Me-Too movement on the paid staff of aid organisations. As well as on the impact on the NGO community of counter-terrorism legislation and regulations, implemented by many countries and International Institutions.